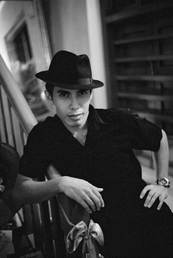 Indeed a charismatic character, Tarmidzie or simply Zie as he known among his numerous fans has started his training in dance as early as 1991. Trained in many forms of dance including contemporary, modern, ballet, latin and salsa, his deep love for tango brought him to become a qualified TangoSingapore instructor since 2002.

Aside of his performances, Zie teaches an Argentinean tango in Singapore, Malaysia and Indonesia. He has also choreographed and conducted performances for a number of private, public and corporate events in Singapore and overseas. Founder of Tango Lyrical Theater, Zie is a man of many talents, sparkling, open minded creativity and passion, all combined under a single hat.

Native Argentinean tanguera Marilina is absolutely passionate about Tango.  Being very proud of Tango dance declared World Cultural Heritage, she dance to promote the Argentinean culture throughout the world.

Just as Piazzolla's music, Marilina is astonishing (just look at the photo!!) Bright and sparkling not only on the stage, Mirilina describes tango being a lifestyle, rather a dance... 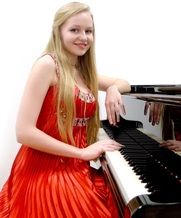 After completing Diploma in Music Performance at Nanyang Academy of Fine Arts (Singapore) under the tutelage of Boris Kraljevic, Kseniia has been accepted to pursue Bachelor of Music (Honours) at Royal College of Music (UK).

Being a prize winner of international piano competitions held in Ukraine, Poland, Italy, Serbia, Malaysia and Singapore Kseniia appears regularly on concert stages in Europe and Asia as piano recitalist, concerto soloist and chamber music performer. She has been a guest artist in several international Music Festivals “Days of Music” (Montenegro), “The Guests of Aivazovsky” (Ukraine), “E. Grieg-M. Ciurlionis” (Lithuania) and “International Piano Festival” (Viet Nam) which were warmly received by both, audience and music critics.​

Armenian violinist Ani Umedyan has been living in Singapore since 2008. Alumni of Yerevan State Conservatory, Ani has been a wanted guest of some notorious festivals around the world since her graduation in 2004.

Ani has been cooperating with a number of acclaimed musicians like Philippe Graffin (France), Levon Chilingirian (UK) Charles Avsharian (USA) and others in Germany, Netherlands, UAE and Australia. She is also a co-founder of the "Armenian Heritage Ensemble, Singapore" a group of Armenian artists, living and performing in Singapore. In addition, Ani is teaching and conducting violin masterclasses in Singapore and South East Asia. 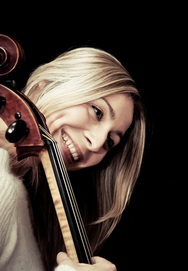 Hungarian cellist Linda Kollati is the winner of Janos Starker National Cello Competition in Kecskemet and an active performer.

​After studying in Hungary, USA and France under renowned professors  Linda moved to London, where she was working in North London Colourstrings Center and appointed as a Head of Music in Falcon School for Boys (UK).

Apart of her frequent appearance on stages as a cellist, Linda has a genuine love Theater and free improvisation. She is currently a faculty member in the School of the Arts, (SOTA) Singapore.